your trip to israel

Encouragement media group hosts a trip to the holy land

We are thrilled to announce in Spring of 2023, Encouragement Media Group is hosting a trip to the Holy Land. We would love for you to join us as we travel through Jerusalem, explore the Garden Tomb, sail the Sea of Galilee, walk through the Mt. of Beatitudes, worship with Joshua Aaron, and many more adventures. 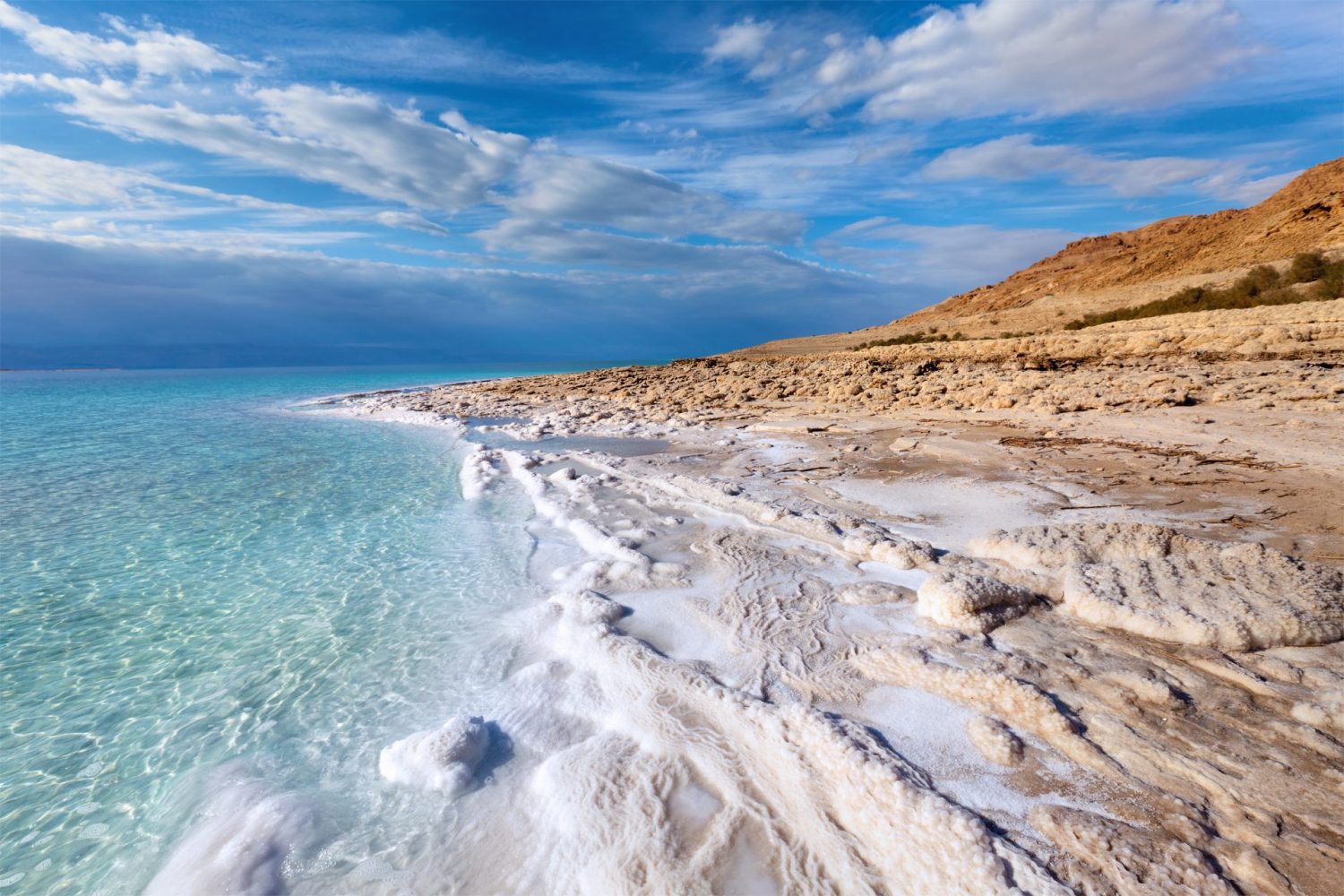 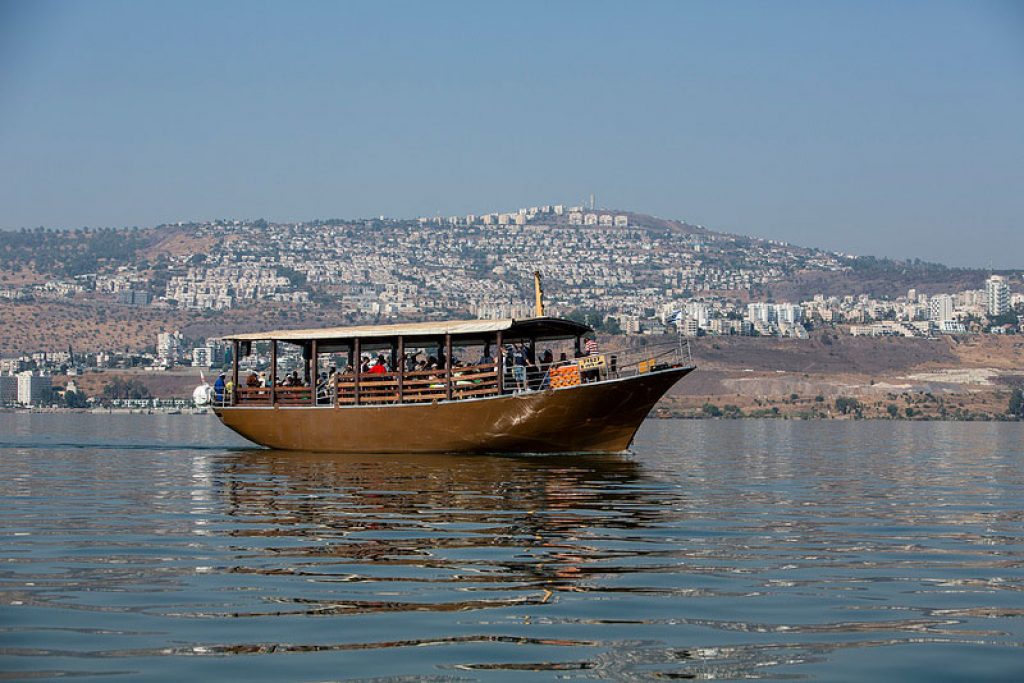 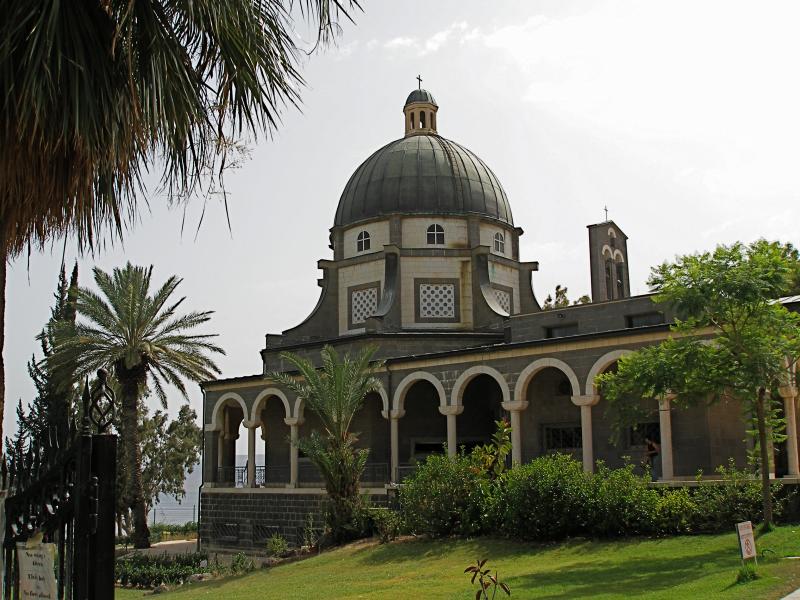 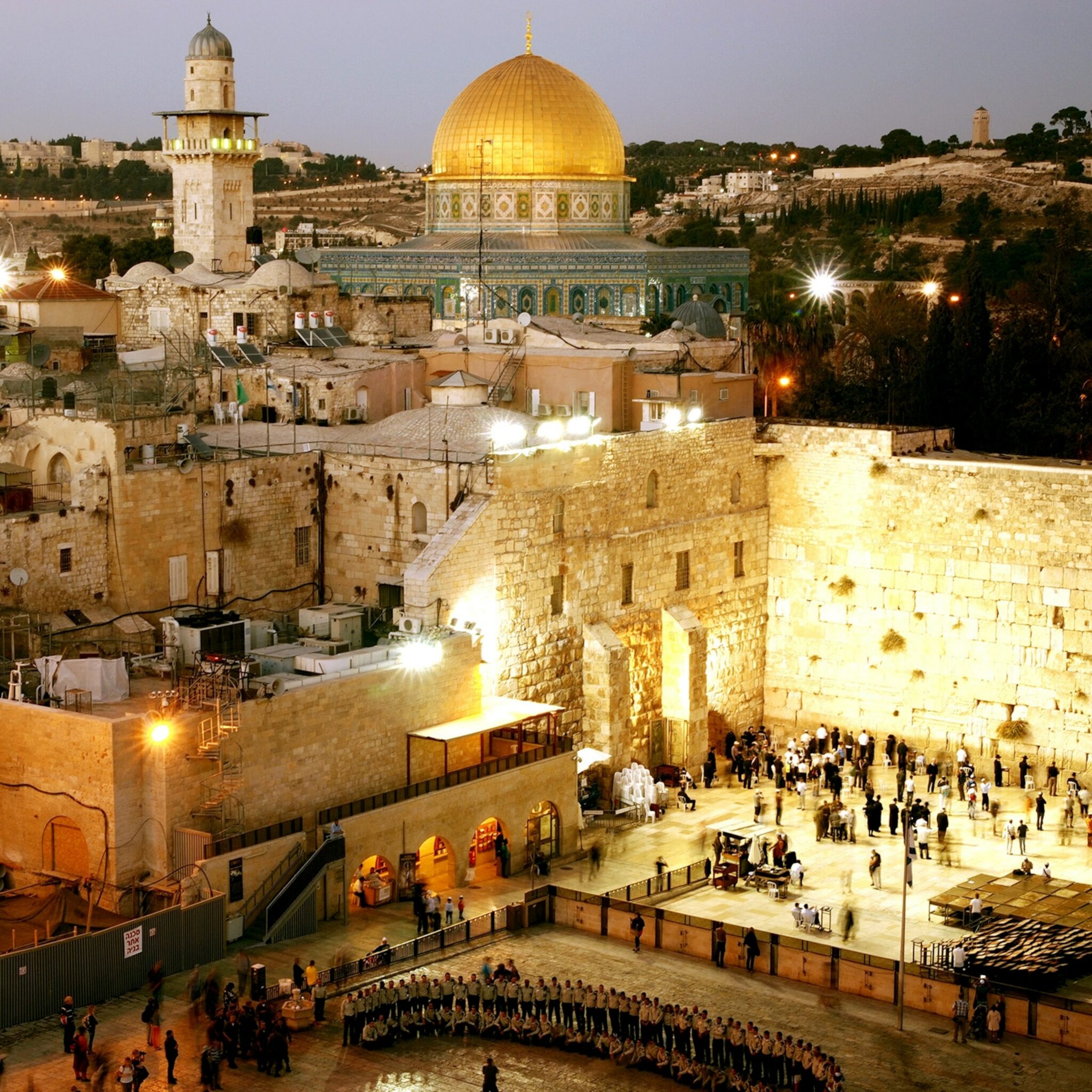 Non-Stop flight from DFW to Israel.

When arriving in Isreal, your driver will take you to a relaxing dinner & overnight stay in Netanya.

This morning, we’ll travel north from Tel Aviv to visit the ancient city of Caesarea, built by Herod the Great and once the seat of Roman rule. Here, Cornelius became the first gentile to convert to Christianity. This is also the location where Paul was imprisoned before his trial in Rome. Explore the Roman Theater and the Aqueduct where you’ll view the ruins of Roman, Byzantine, and Crusader times. Then, on to Megiddo – the site of Armageddon where the final battle between good and evil will take place in the end of days, as foretold in the Book of Revelation. Walk around the ruins and see the ancient man-made well, plus a Canaanite altar. Continue on to the Nazareth Village for lunch and look into what life was like during biblical times. End your day at the lakeside city of Tiberias, which rests on the shores of the Sea of Galilee.

We’ll start the day at the Jesus Boat Museum, where you’ll see the 2,000-year-old boat discovered at the bottom of the Sea of Galilee. Enjoy a boat ride on the tranquil waters of the Sea of Galilee, where you’ll have the opportunity to worship on the same sea on which Jesus walked. We will stop for a St. Peter’s Fish lunch before continuing on to the Mt. of Beatitudes, where Jesus gave the Sermon on the Mount. Continue to Capernaum, the center of Jesus’ ministry in Galilee. Visit the ruins of a synagogue where Jesus taught and see Peter’s house. Atop the hill lies a beautiful church where you can enjoy magnificent views of the northern part of the Sea of Galilee. We’ll finish our day exploring Magdala, a unique site in the Holy Land. Here one can find a first century synagogue, a complete first century city and remains of a once prosperous fish processing industry.

This morning we’ll head to to Tel Dan, the northernmost city of the Kingdom of Israel where we will see Abraham’s gate. See the mud-brick arch constructed in pre- Israelite (Canaanites) times and where the House of David fragment from the First Temple Period was discovered. Continue to Caesarea Philippi (Banias), which was a pagan city dedicated to the god Pan and was reconstructed in ancient times by Philip, the son of Herod. This is where Jesus named Peter the rock on which he would build His church. We’ll have an opportunity to stop at Mt.Bental, site of one of the largest tank battles in history during the 1973 Yom Kippur War, and have a geo-political explanation of the current security situation in Northern Israel based on historical perspective. Continue to Katzrin, to view a multimedia show, “Valley of Tears”, an overview of the battle that took place here.

This morning, we will visit the ancient remains of Beit Shean, the city where Saul and his sons where hung up on the city walls by the Philistines (1 Samuel 31:10). Tour one of the largest excavated sites in Israel with its bathhouse and Cardo. From there head to Mt. Tabor & Transfiguration Church. Then onto Qasar el Yahud on the Jordan River where it’s believed Jesus was baptized by John the Baptist. Continue to the Dead Sea where you’ll enjoy an afternoon to float the salty waters.

Take the cable car to Herod’s fortress, Masada, built between 37-31 BC. According to Josephus, the siege of Masada by Roman troops from 73 to 74 CE, at the end of the First Jewish–Roman War, ended in the mass suicide of the 960 Sicarii rebels who were hiding there. From there, we’ll visit the Qumran Caves where the Dead Sea Scrolls were found. Then, enjoy the beautiful Ein Gedi oasis mentioned several times in the Book of Psalms, notably the story of King David hiding from Saul. Continue to Jerusalem where you’ll stop at Mt. Scopus to celebrate your arrival to the Holy City.

We’ll have an early start at Temple Mount, sacred to Jews, Muslims and Christians. Originally, it was the site of the two great Temples of Jerusalem. Now, it serves as the location of the famed Dome of the Rock and the Al-Aqsa Mosque. We’ll then visit the Jewish Quarter and the Western Wall before continuing to the Davidson Center to see the Southern Wall Excavations where you can stand on the Southern steps Jesus once used to enter the Temple Mount. After a provided group lunch in the Old City, continue to the Israel Museum to see the Shrine of the Book (where the Dead Sea Scrolls are exhibited) & the scale model of Jerusalem at the time of Christ. After dinner, walk the Western Wall Tunnels which stretch along for a quarter of a mile, but today, the part visible to all at the Western Wall Plaza is a mere 70 yards of it. The tour of the Western Wall Tunnels allows visitors to reach the segments of the Wall hidden from view, and to touch the original and special stones that tell the story of the Jewish nation. Visitors to the Western Wall Tunnels walk through ancient and fascinating subterranean spaces with exquisite archeological findings, such as large stone arches, water pits, an ancient water aqueduct that ends at the Strouthion Pool, and more.

Start your morning at the City of David to see the exciting new excavations of Jerusalem during the time of the first Temple period. You’ll see David’s Palace, Pier Warn, the Hezekiah Tunnel, and the Pool of Siloam. Continue to the Friends of Zion Museum and then St. Peter in Gallicantu Church (Caiaphas’ house) which contains the prison cell that once imprisoned the Savior. End the day at the Garden Tomb, an ancient Jewish sepulcher which matches the New Testament description of the tomb in which Jesus was buried. Joining us for a special time of worship at The Garden Tomb is Joshua Aaron, a worship artist and completed Jew.

This morning ascend the Mt. of Olives for a panoramic view of Jerusalem. Overlooking the Old City, the Mount is covered partly in olive trees, cemeteries and churches – commemorating events of Jesus’ life. Descend via the Palm Sunday Walk to visit the Garden of Gethsemane. The garden is next to the magnificent Church of all Nations (Basilica of Agony) & The Greek Orthodox Church of the Tomb of the Virgin Mary. Enter through Saint Stephens’s gate and arrive at the Pools of Bethesda where Jesus healed a paralyzed man. Stroll down the Via Dolorosa, following the path Jesus took to his crucifiction. Then on to Mt. Zion where you’ll see King David’s Tomb and the Upper Room where Jesus held the last supper.

Day of travel from Israel to DFW, with one stop at JFK. 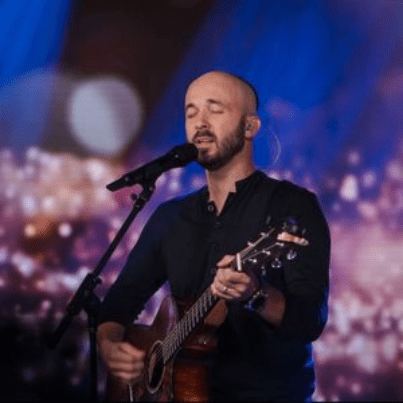 Joshua Aaron is an award-winning, Messianic Jewish singer and Integrity Music songwriter. He and his wife Jeannie have four children (Emma, Josh “Shuki”, Max and Levi). They currently reside near the Sea of Galilee and continue to maintain citizenship with both the nation of Israel & the United States of America. 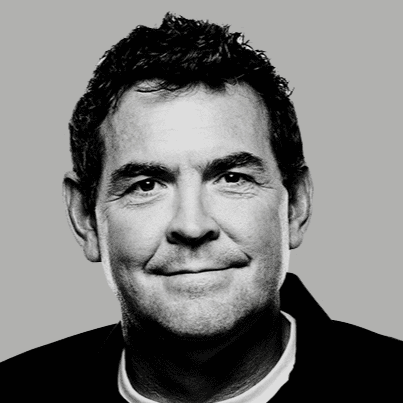 Richard is a Baylor graduate in Oral Communications and has an MDIV from Southwestern Baptist Theological Seminary. He travelled the world with his missionary parents and is a sixth generation pastor. He Pastors Reunion Church and is heard daily on The Well. He resides in Dallas with his wife Rebecca and has three daughters. 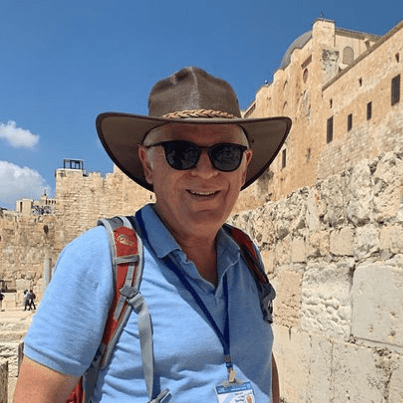 Born in Tel Aviv, Roni Winter has been a licensed tour guide in Israel since 1982. Roni speaks English, German, and Hebrew. His formal education includes studying archaeology and Israel’s history at the Tel Aviv University and marine archaeology at Haifa University in Israel.

Israel is fully open for tourism. No vaccination required. US Passports are needed.

Created with FELLOWSHIP TRAVEL INTERNATIONAL travelers in mind, this travel protection plan gives you and your loved ones options when unexpected situations affect your trip. Let us help you Dream. Explore. Travel On.

For more information on insurance, please check out the links below: